It’s the middle of winter on the Sunshine Coast (Queensland, Australia) and I’m wearing a t-shirt and thongs, enjoying a balmy  27 degrees C.   (80 f)      I can see why so many people retire here.   It truly is a tropical paradise.

We set up camp on the river at a new Big 4 park at Diddillibah, Rivershore Resort, a short drive from the centre of Mooloolaba and 35km from Noosa.

Driving in to Mooloolaba in the late afternoon we stopped to watch surfers at The Bluff, Alexandra Headland.

It’s whale season and lots of visitors come to the Sunshine Coast to get up close and (kind of) personal with these giants of the ocean as they migrate north.   Mooloolaba cafes and restaurants are busy.

The following day, we skipped breakfast and hit the road to make the most of our day. Coolum Beach was our first stop…how could it get any better than here?  The water was amazingly clear and an inviting shade of blue.   There were already quite a few surfers in the water.

The town of Coolum is known for it’s laid back holiday atmosphere, attracting surfers, golfers, families, retirees and everyone in between.    If you can take your eyes off the beach, overlooking the town is a grand volcanic dome, not surprisingly called Mount Coolum.  This dominant landform seems to be in view wherever you’re standing.

Mid morning and it was off to Noosa for brunch.   We found a little artisan bakery with the rather boring name of Noosa Hot Bread Shop.   This little cafe has been operating for 3 years.  The French owners bake delicious breads and pastries using French butter and flour for a more authentic French product.

A little unassuming from the outside 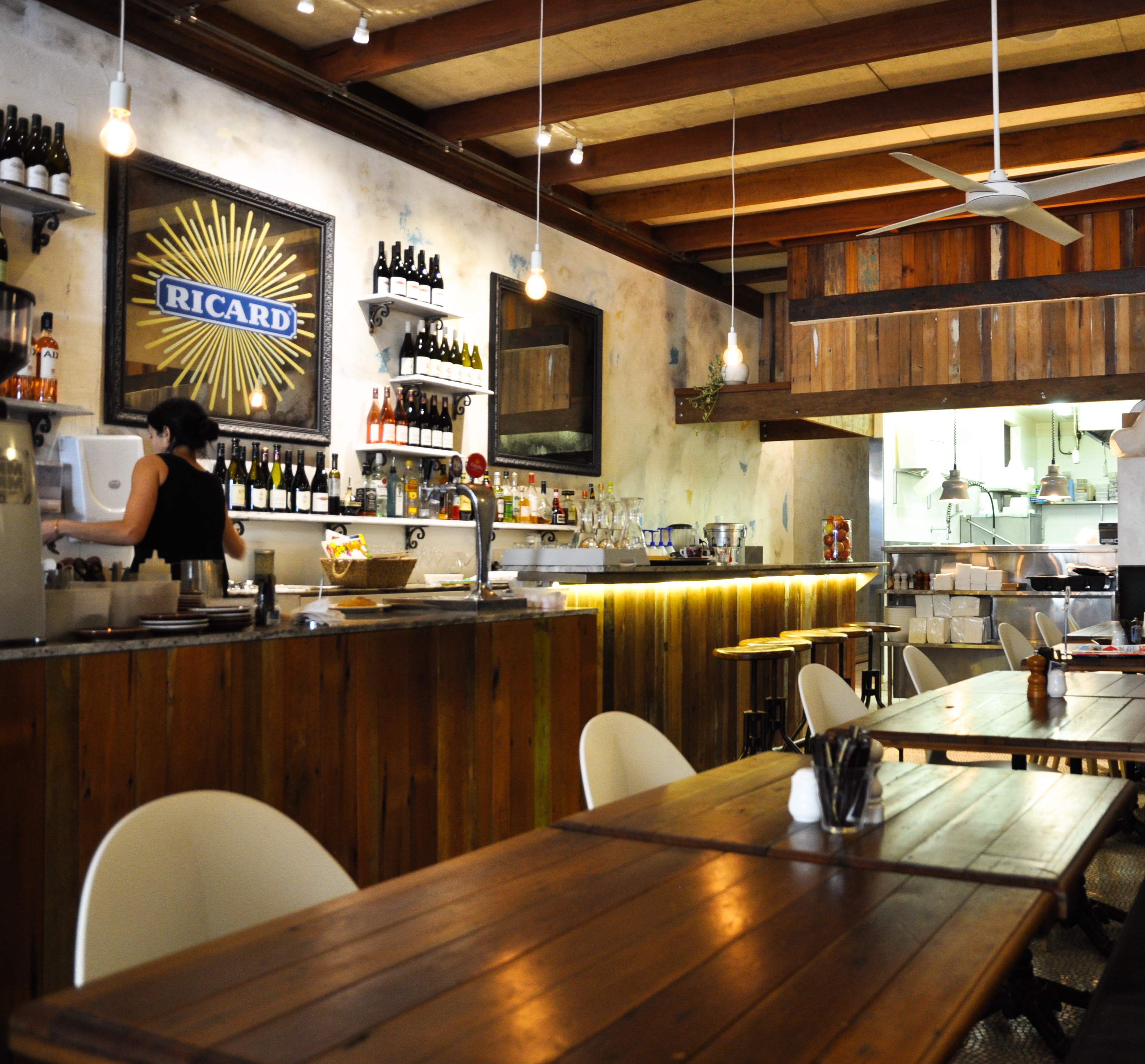 Warm and inviting on the inside

My “Classic avo & Persian feta” on their house-baked seeded sourdough was delicious. David also enjoyed the breakfast special:  smoked salmon omelette with creme fraiche.   Coffee was hot and smooth.   The bakery is obviously popular with locals and visitors alike, many popping in for their daily bread while we were there,  I can recommend the seeded sourdough.

Noosa also boasts many trendy boutiques, homeware stores and cafes.   In Noosa, if you’re not shopping, you’re probably sun baking at the beach, even in winter.

From Noosa we head towards the Glass House Mountains along the Blackall Ranges tourist drive…well some of it.   At one stage I ended up driving down a narrow, dirt, and rather steep, one-way road.   (That’s why we bought a Jeep.)

The Sunshine Coast hinterland is very picturesque.   We stopped at a town called Kenilworth.   Kenilworth is a small town, with a population of about 300, in the beautiful upper Mary Valley Country, behind the Blackall Range, only about one and a half hours drive north of Brisbane and 50 minutes from the coast. The town is on the Mary River which flows North from Maleny, through Conondale, Kenilworth, Gympie, Tiaro, Maryborough, and then into the sea opposite Frazer Island.

At  Kenilworth we found a small artisan cheese factory and purchased the smoothest, creamiest, honey-flavoured yogurt I’ve ever eaten, plus a fiery chilli flavoured cheese for David.   If you’re ever in the area, I’d recommend a visit to this little award winning factory.   Kenilworth Country Foods 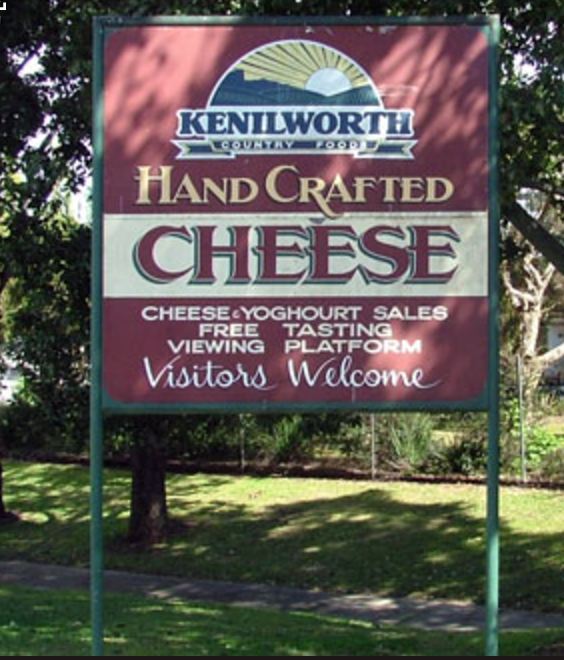 Our final stop was to view the beautiful and quite spectacular Glass House Mountains. 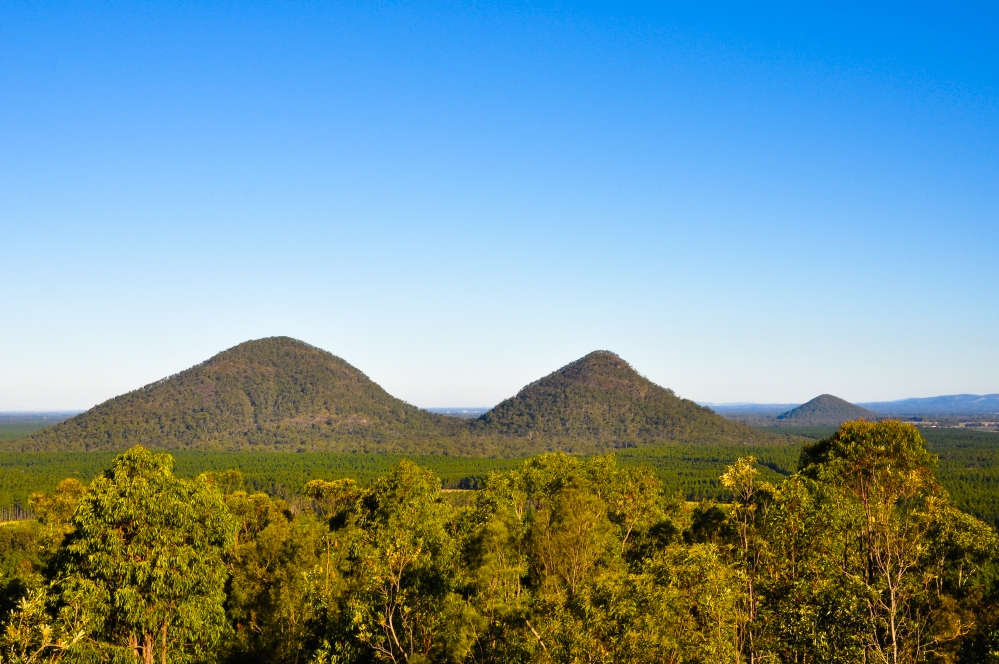 “These hills lie but a little way inland, and not far from each other: they are remarkable for the singular form of their elevation, which very much resembles a glass house, and for this reason I called them Glass Houses.” wrote Captain James Cook in his journal entry dated May 17, 1770.

From the Glass House Mountains we travelled north, once again, to Mooloolaba for drinks with a girl close to my heart, Alex, and her fiance, Mitch.   Lots of laughter and stories were told over drinks at the One Up Bar & Bistro.

Dinner back at the Rivershore Resort.  We ate at the resort’s restaurant which was very busy for a Tuesday night.   Pizza night…that’s it.  Just pizza on the menu on a Tuesday night.   Good pizza I have to admit.  (A nice salad to accompany it would have been good).

Tomorrow we move on to Hervey Bay via the famous Eumundi Markets.

Sunshine Coast…thanks for the smiles.